T&L Galerie is delighted to announce its participation to START Art Fair 2016, which will be held from September 15th to 18th at the Saatchi Gallery in London. Our solo show will feature artworks by Tindar coming from all the series the Italian artist, born in 1986, created these last years - "Migrations", "Roots", "Fingerprints" and "Shadows".

This exhibition is the occasion to present, before various shows in Paris, the very last work of Tindar: the Migrations series. Created by Tindar in Calais, France, this artistict and humanitarian project aims to raise awareness on the greatest migration crisis since World War II and to help asylum-seekers obtain the refugee status in France.

It is a protest against the Dublin Regulation, an EU treaty adopted in 2003. Under this regulation, European police forces imposes on migrants that they give their fingerprints when they enter EU territory: an asylum seeker has to apply for asylum in the first EU country he entered and gave his fingerprints (usually Italy and Greece), if he crosses borders to another country after being fingerprinted, he can be returned to the former.

Tindar has chosen to reverse this paradigm to protest against the Dublin Regulation who has been criticised by UNHCR as undermining migrants rights: the artist has asked migrants stucked in the Calais camp to collect thousands of fingerprints from anonymous French and European citizens, regardless of their religion or origin.

The symbolism is particularly strong: the roles are reversed, no coercion or submission of biometric identification is imposed on migrants, they are the ones who ask for the most unique part of others. Tindar has used these fingerprints to create large triptychs symbolizing the path of migrants and European alike. To create one triptych, 7,000 of fingerprints are fixed on nails and then placed together on canvases covered with paint to create the impression of a road seen from above, expanding from one frame to another : it is the road to exodus, where migrants and Europeans fingerprints are mingled.

The first two works from this series called "Migrations" will be showed in London and the proceeds will help fund the Project. 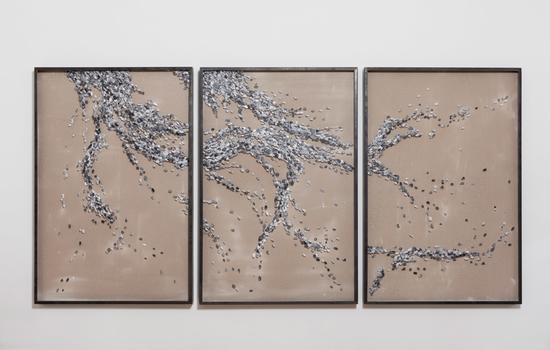 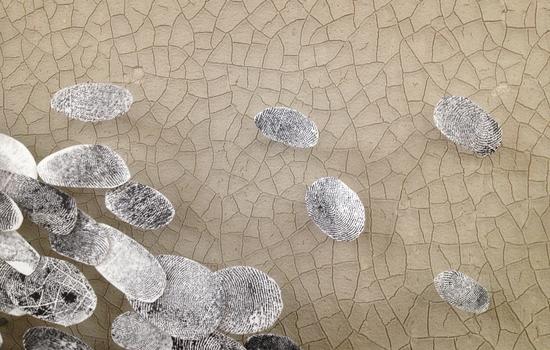 Detail of a Migrations triptych 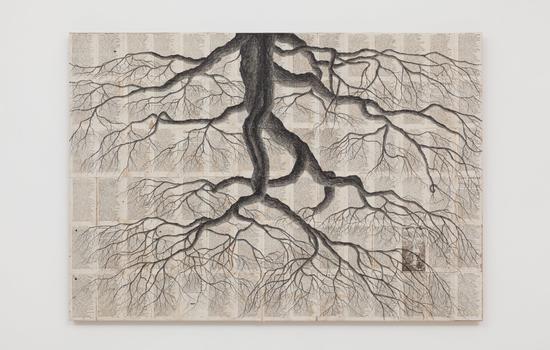 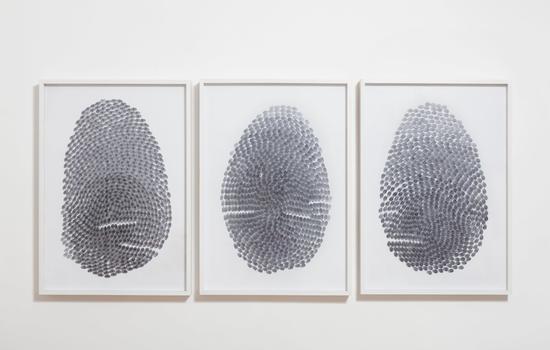 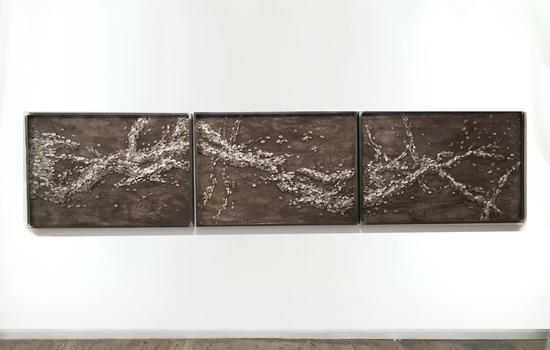 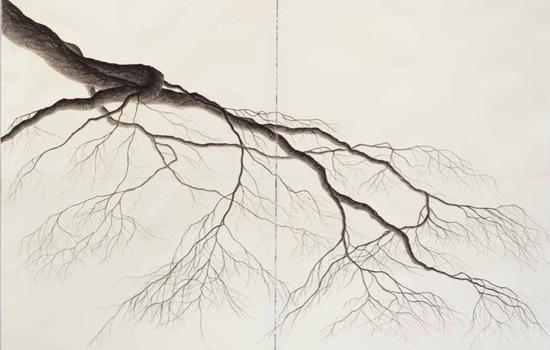 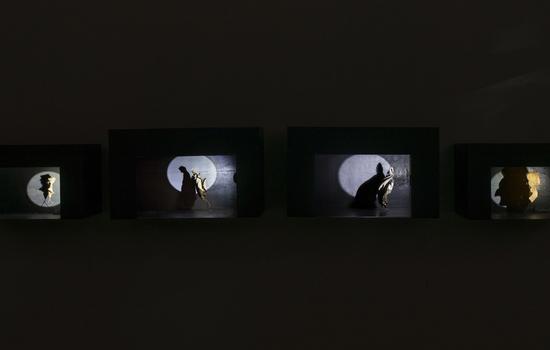 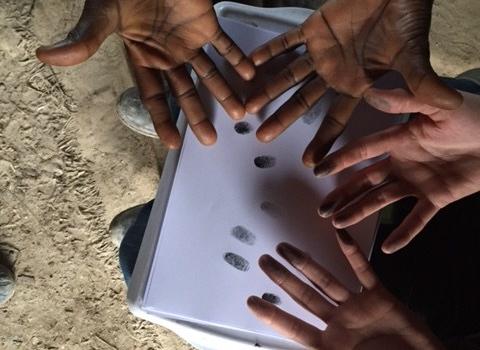 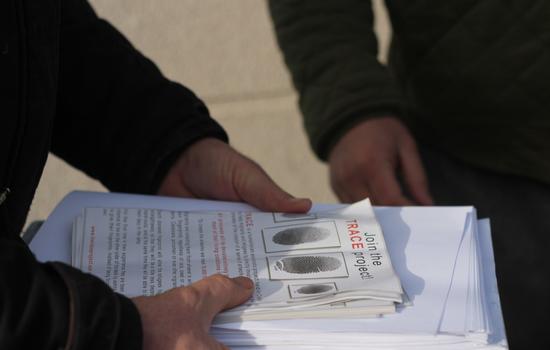 Leaflets from the Project in Calais